In the first leg of my ride, I cycle past a village pub,
There is a group of men sitting outside,
The amber looking beer glasses filled to the brim,
There is loud laughter, drinking together is fun,
They take a look at me riding past,
In my mind, they say “Silly guy on his wheels”
It’s now moving from warm to a little hot!

In the second leg of my ride, I am now cycling up a hill,
On my left side there is an old cemetery I can see,
There is a car reversing out but stops at the entrance,
I slow down just to be sure and my attention moves to the back,
There is a girl sitting with head down crying heavily,
Those in front haven’t noticed her state yet, But I have.
It’s now moving from a little hot to hotter!

In the third leg of my ride, I peddle swiftly along a flat countryside track,
It’s been 10 miles and I stop to fuel up with a chocolate bar,
I look around and notice a couple sitting on a grassy bank,
Both their eyes locked into each other, seem so in love,
I move along, as not to distract them from their moment.
It’s now moving from a little hotter to unbearable!

In the fourth leg of my ride, I am heading towards home,
10 more miles have passed since I saw that couple in love,
The sky has turned grey and the clouds look angry,
I’m not far from home when the heavens open,
God has left the tap running, drops come down menacingly,
Drivers stuck in traffic on the other side, look across to me,
In my mind, they say “Silly guy on his wheels”
It’s now moved from unbearable to cleansing!

After a week of fast track travelling, attending farm-house weddings and eating so late that breakfast was literally round the corner, I touched down in snowy UK on Wednesday 8th Feb.  India has changed, India hasn’t changed, if you know what I mean, but I will leave that conversation for my next post, which is more my narrative on my experience.  For now, please enjoy some snippets I captured via my camera during my short week in India. 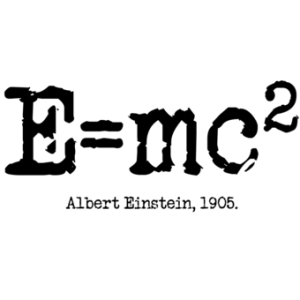 Just like Albert Einstein, while sitting in an office realised that Newton’s law of gravity was somewhat incorrect, I kind of stumbled across the same notion about The Theory of Responsibility.

Before I embark on what The Theory of Responsibility is, here’s the definition around the term “responsibility”.

On a social aspect:

1. The state, quality, or fact of being responsible.

2. Something for which one is responsible; a duty, obligation, or burden.

On a business aspect:

A duty or obligation to satisfactorily perform or complete a task (assigned by someone, or created by one’s own promise or circumstances) that one must fulfil, and which has a consequent penalty for failure.

OK, so it’s safe to assume that responsibility is something to do with the fulfilment of something either given to you, or something you have taken on, to a certain point.

So, what’s my theory you ask?

Where Theory of Responsibility is R

Where Creativity is C 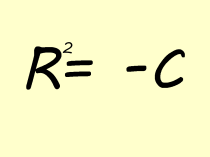 Mathematicians across the globe will probably throw their hands up in laughter at my feeble attempt to encapsulate my theory as a sum, but the (-) signifies creativity decreasing as responsibility increases.

Today, we are shaping the next generation of children to be more responsible much sooner than what we were, however, the danger is that we may end up taking away their ability to be creative because they simply don’t have the freedom to think in this way.  I am not saying we educate the next generation to be any less responsible but that we tread carefully not to harm their ability to be creative.  Let’s delay the point at which they need to be pushed out to the big bad world to fend for themselves, let them stride across countryside, take adventurous walks, spend hours looking for motivation and a reason to be creative.

If we fill their minds with things they have to do, when will they get the time to do the things they want to do?

It happened to me again today, my phone rang, I couldn’t get to it in time and when I checked, number unknown, no voicemail.  It’s the 4th call of its kind I have missed in the past 2 weeks.

Some food for thought!

In the space of 1 week, I managed to travel forward in time to see the impact of something that happened in the past, and to see how something that is happening now, may end up being the future.  Confused?  I bet!

END_OF_DOCUMENT_TOKEN_TO_BE_REPLACED

Subscribe for updates for the release of my first novel

"Me Simple Categories" - Pick one!

My Posts by Month